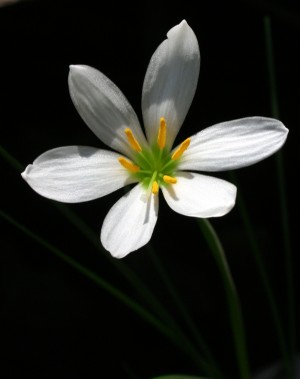 In 2004/2005 I wrote a fictional story as a vehicle to express my views of the world and where it is headed.
The original web pages is here.

The interest in the book has been disappointing so work on correcting it and writing the sequels has become a very low priority.

I was avoiding writing yet another blog about the state of things but that seems to be what people read.

The book was based on what was know when it was set - Nov 2004 - I didn't update it as new data emerged.

I pointed to bird flu, climate change and oil/food shortages before these topics were main stream.

I didn't really expect oil prices to drop as low as they did. It isn't a good thing that it did. It happened because much of the world is broke.

I did expect a major economic collapse. When GWB was re-elected I told friends the US economy would fail within his term of office. I would not have guessed banks would fail so soon.

It was obvious to me something was going break. I also said the the US will have trouble borrowing beyond 10 trillion. This is just a wild guess but at some point the money lenders will say "enough".

Bird flu hasn't gone away. We haven't had an epidemic but it is being taken pretty seriously now.

Oil prices haven't risen as fast as I expected but we are over US$100/ barrel with no reason the think it won't stop rising.

All the climate data has come out worse than predicted. Polar ice it melting several time faster than predicted in 2004. The year 2007 has been a slightly cooler, some believe is due to low sun spot numbers.
Here in Brisbane the weather seemed to return to normal after being very dry for many years and with water supplies becoming quite low. The quality of fresh food declined as farmers faced drought.
Our once per 1000 year drought here was followed by a once in 3000 year heat wave in the south.

Wheat supplies are becoming critical with prices going through the roof to the point where pasta factories are closing in Italy. The mass die off of pollinators in the US and parts of Europe is expected to lead to a shortage of strawberries and other fruit. US ice-cream manufacturers plan to cut back on the production of strawberry ice cream this northern summer.

We are running out of basic materials. The price of lead has risen substantially. There is plenty of iron in the earth's crust but we had steel shortages as China's consumption went ballistic. Phosphorous supplies will become a problem in several decades and helium supplies are expected to in trouble in about ten years.

The once promising vanadium batteries are now impractical because vanadium prices have sky rocketed as it is being used up in steel making.


There is no lack of bad news.


And for me politics sux.


My back yard inventing.

The nerds in my book are looking at things like methane digestors and methanol via pyrolysis for fuel production. I've since decided that direct combustion of biomass is the way to go.
Over the last year and a bit I've been designing various turbo-stoves - so the burners are pretty much sorted out. I'd like to also work on pelletizers and heat engines to complete the system.

A copy of the watchers PDF is here